I had some of the fondest memories for Visual Basic in 1998. In January, I enlisted myself to a project to revive the fun part of programming. There are certain regrets in today’s software engineering culture where we put heavy facades to enforce disciplines. Fun was lost as the result.

With Visual Basic, you can create a GUI and start to hack a program in no time. You write directives and the computer will obey. There are certain weirdnesses in the syntax and some magic in how everything works together. But it worked, you can write and distribute a decent app that works on Windows with it.

When planning my little series the fun part of programming, there is a need to write cross-platform UI outside of Apple’s ecosystem in Swift. I picked Swift because its progressive disclosure nature (it is the same as Python, but there are other reasons why not Python discussed earlier in that post). However, the progressive disclosure ends when you want to do any UI work. If you are in the Apple’s ecosystem, you have to learn that a program starts when you have an AppDelegate, a main Storyboard and a main.swift file. On other platforms, the setup is completely different, even if it exists at all.

That’s why I spent the last two days experimenting whether we can have a consistent and boilerplate-free cross-platform UI in Swift. Ideally, it should:

After some hacking and experimenting, here is what a functional GUI app that mirrors whatever you type looks like:

You can use the provided build.sh to build the above source on either Ubuntu (requires sudo apt install libglfw3-dev and Swift 5.2.1) or macOS (requires Xcode 11):

and you will see this: 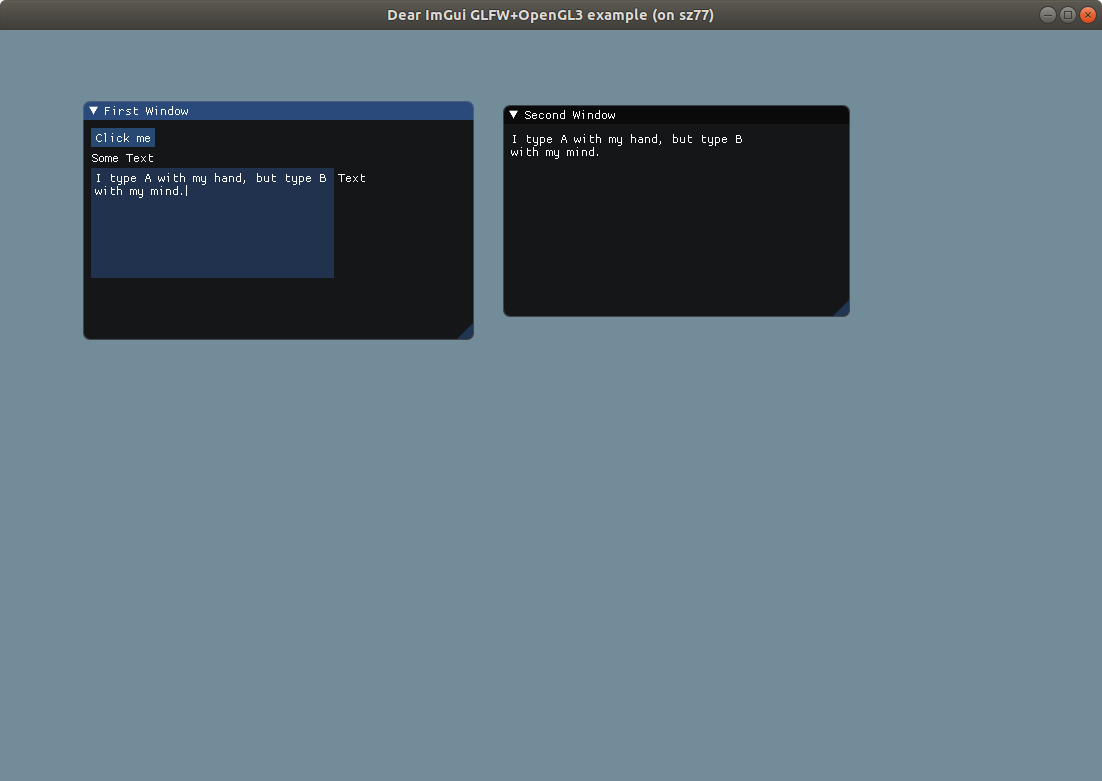 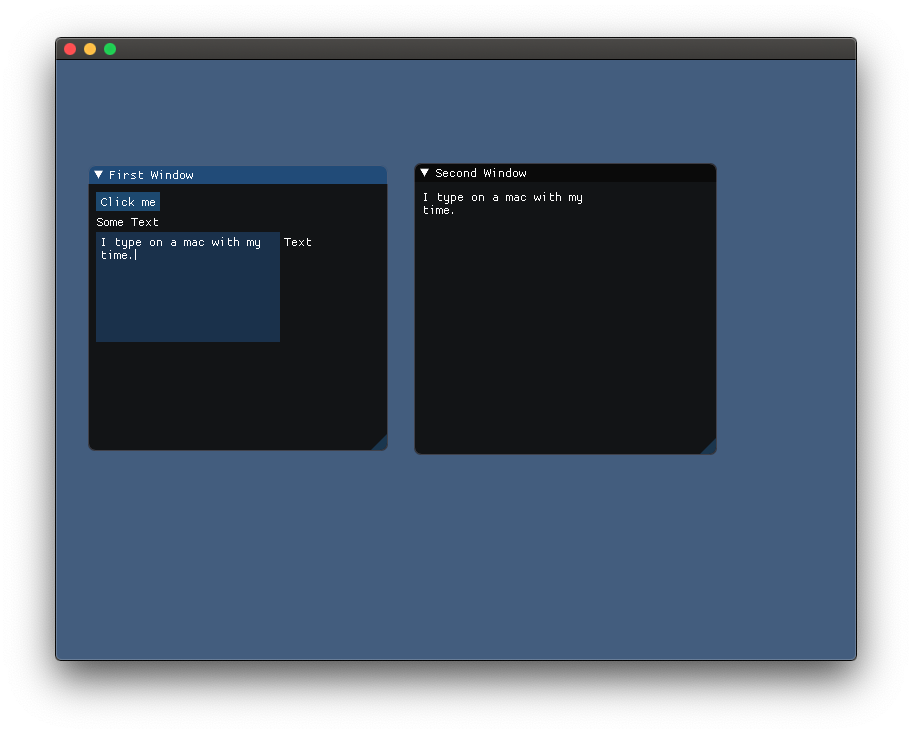 Alternatively, you can build an event loop all by yourself (rather than use callbacks):

In fact, the Gui.Do() method is analogous to DoEvents that yields control back to the GUI subsystem.

You can see the proof-of-concept in https://github.com/liuliu/imgui/tree/swift/swift. Enjoy!